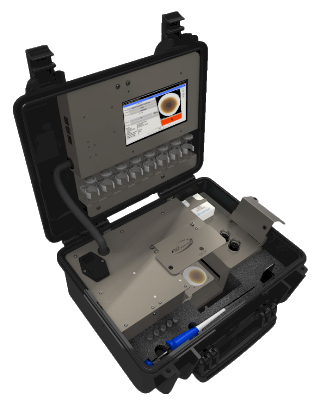 Bulk fuel stored for long periods can become unstable the asphaltene content can precipitate out of solution causing the formation of sludge. This has the potential to block filters and pipes, leaving tanks with an unpumpable residue.

The 'break up' is dependent on the nature of the liquid hydrocarbons in which the asphaltenes are suspended. If the medium is aromatic (hydrocarbons in ring formation) then they will remain in suspension but if it is paraffinic (linear hydrocarbon formation) the asphaltenes may have a propensity to coalesce into sludge. Once a fuel has chemically broken down there is no way to satisfactorily reverse the process. Precipitated asphaltene cannot be re-dissolved.

Although incompatibility is not a common phenomenon its likelihood increases in tandem with fuel switching, such as when entering and leaving an ECA. Compatibility problems must be treated as a critical concern as it can result in power failure, fuel systems can become paralyzed and the work for cleaning up the results is both difficult and time consuming. It is important to remember that a stable fuel oil can become unstable when mixed with another stable grade although generally fuels of the same viscosity grade with similar densities will be compatible.

The marine fuel market is undergoing complex and far-reaching change, largely as a result of a growing body of environmental legislation. Issues surrounding fuel stability and compatibility have never been more relevant, especially with the new 0.10 per cent sulphur level for fuels used in Emission Control Areas (ECAs).

On board a vessel, a good way to measure the compatibility of marine fuels, including residual and distillate fuels, is the ASTM D4740 spot test. The ideal percentage mix is 50/50 as this is the worst case scenario.

A drop of the blend is put on a test paper and heated to 100°C. After 1 hour, the test paper is removed from the oven and the resultant spot is examined for evidence of precipitation and rated for compatibility against D4740 reference spots.

AD Systems has developed a portable / on-site / on-boardfully automated instrument for stability and compatibility testing of heavy fuel oil. This portable device is a complete automation of the ASTM D4740 method.

This method is very simple and practical for the test but it had the serious handicap to rely on the know-how and subjectivity of the operator.

We have grouped all the phases of the test in a suitcase, the conditioning of the samples, and the preparation of the spot, its drying and the automatic rating by camera and associated software.

The only phases under the load of the operator are the sampling and the deposition of the drop with the aid of a micropipette supplied with the equipment.

As a result, the apparatus can be used anywhere by untrained persons for this test whenever power is available.

The apparatus is provided with a database for storing the results. The image of the spot is memorized at the time the spot is rated and we therefore ensure perfect traceability of the test. 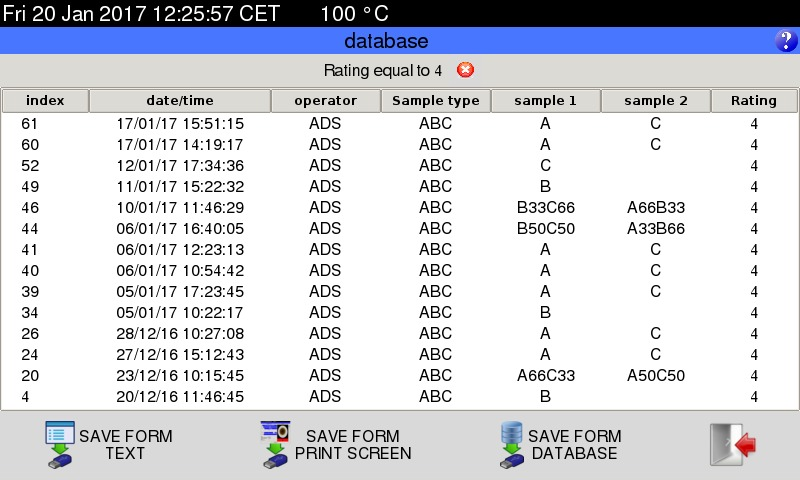 The sample is prepared according to the procedure described in the ASTM D4740 test method. Once the fuel is dropped on the filter paper, all phases are automatically performed. A picture of the spot is taken after the one hour drying phase. The picture is binarized and the ST10 reports a 1 to 5 rating depending on the stability of the fuel. 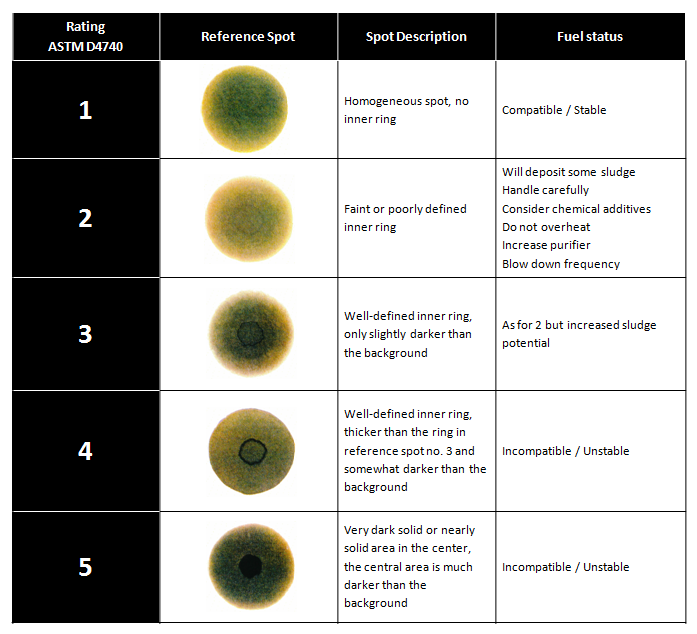 The test result is displayed and saved in the built-in database with all test conditions including the spot image. 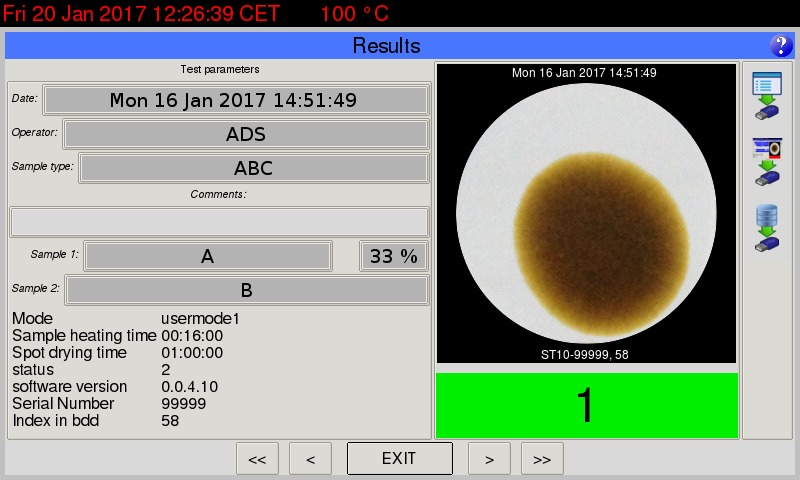 The results can be displayed, memorized on a USB disk on key or send to a LIMS via the LAN connection